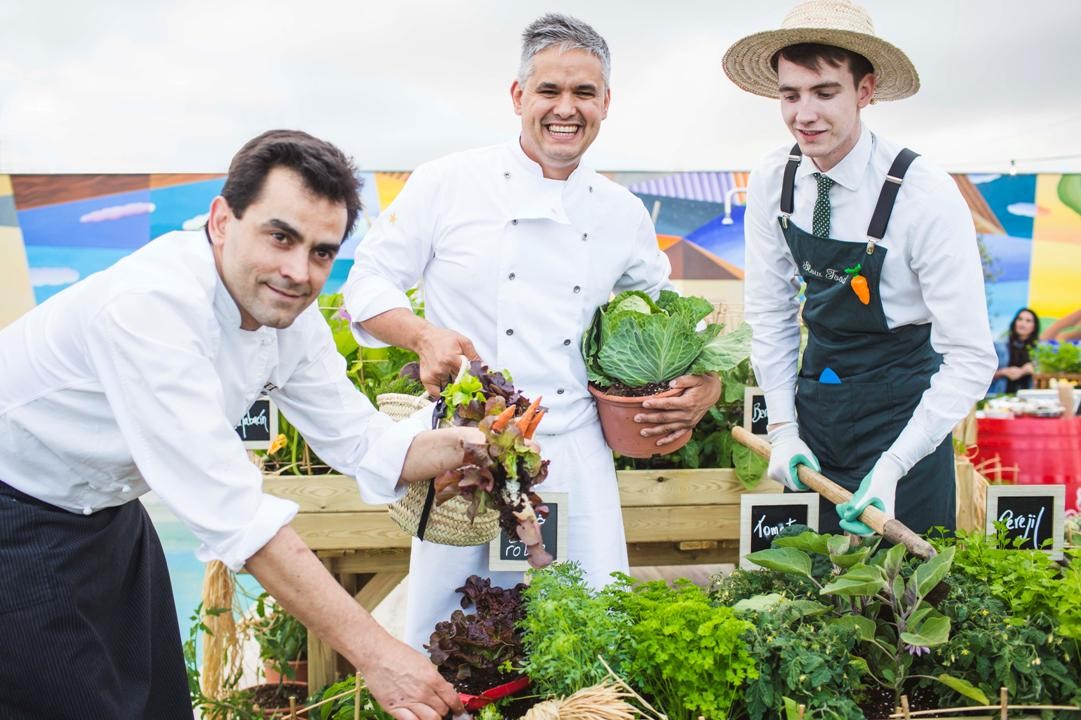 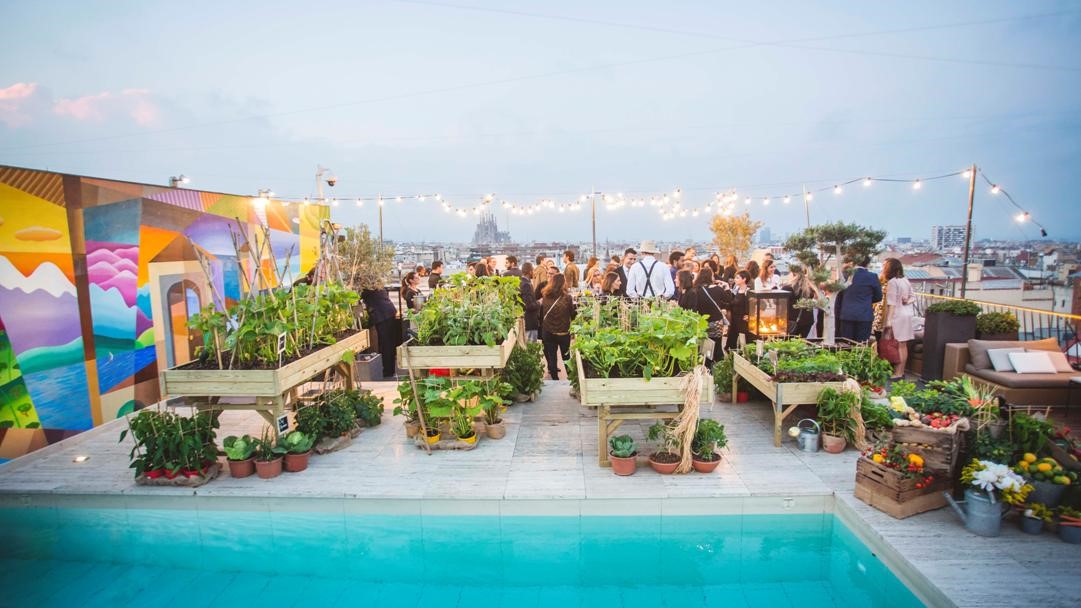 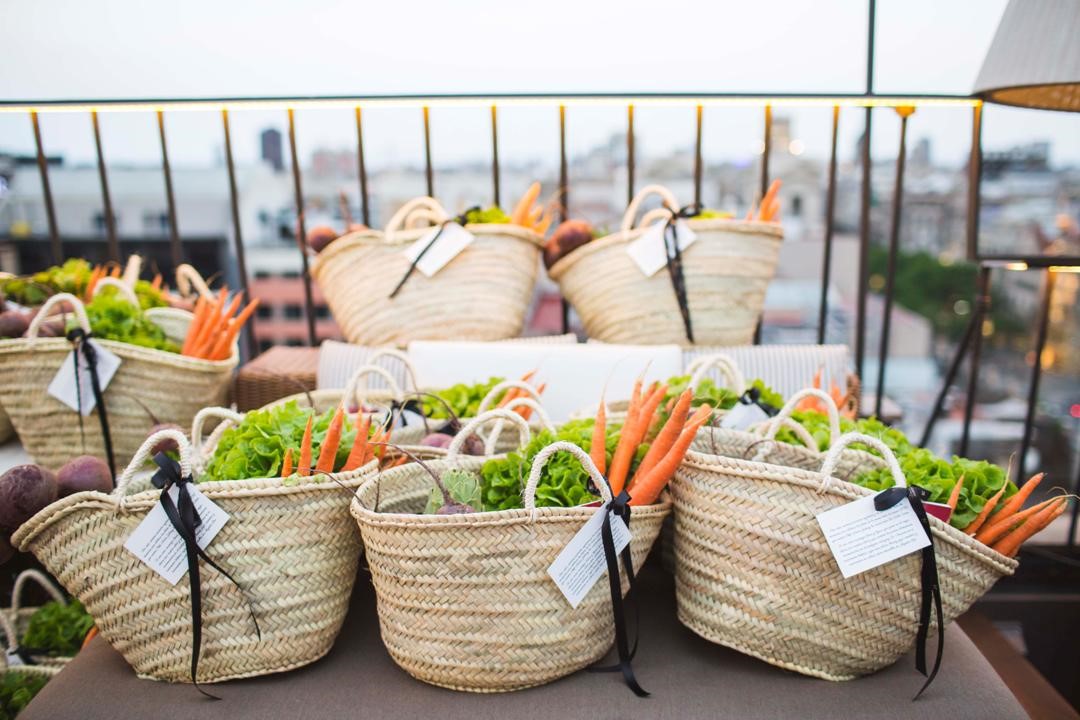 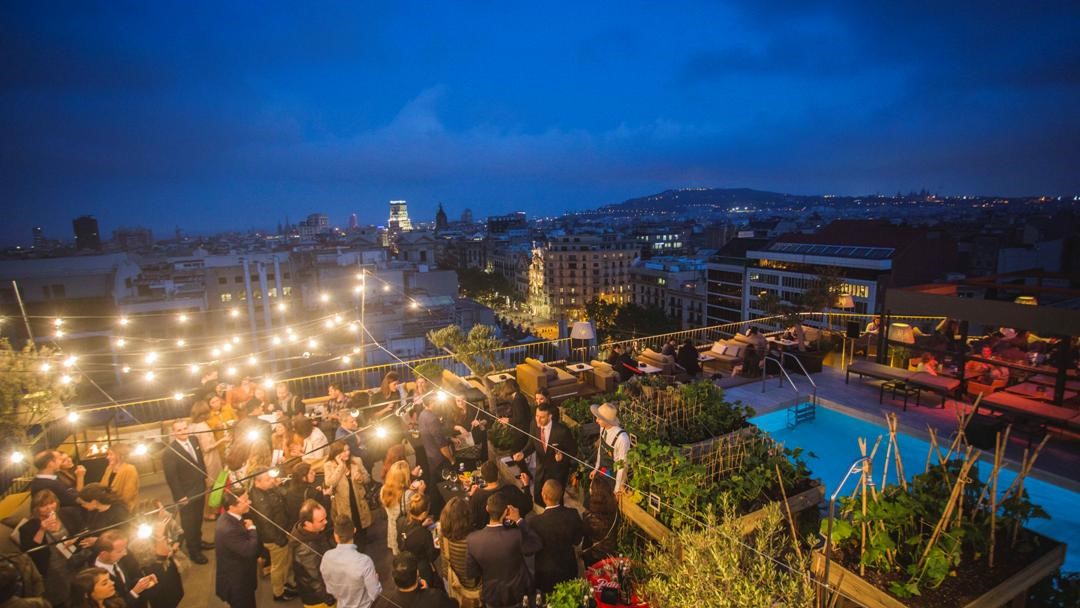 Nandu Jubany brings his philosophy to the Hotel Majestic

Nandu Jubany presents the new organic carte of the bar with terrace Dolce Vitae of the Hotel Majestic, with the fresh and slow product as the main character.

A renewed carte that includes dishes like the "coca de vidre" (caramelised sweet flat bread) with tomato and virgin olive oil, oysters from Normandy, the delicious burrata with grated tomato, olives from Aragon and basil, the veal fillet sandwich with coca or the emblematic Galician veal burger of the Majestic. 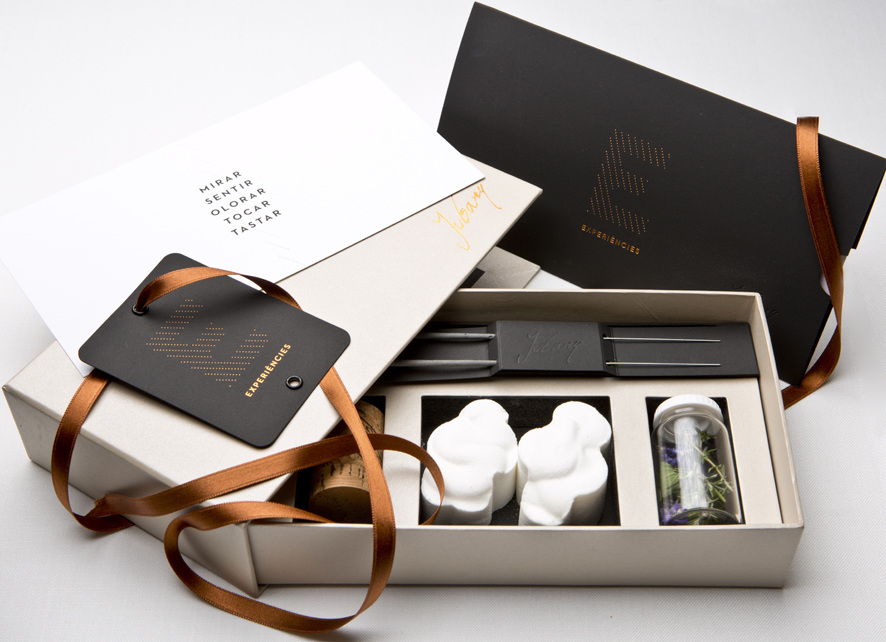 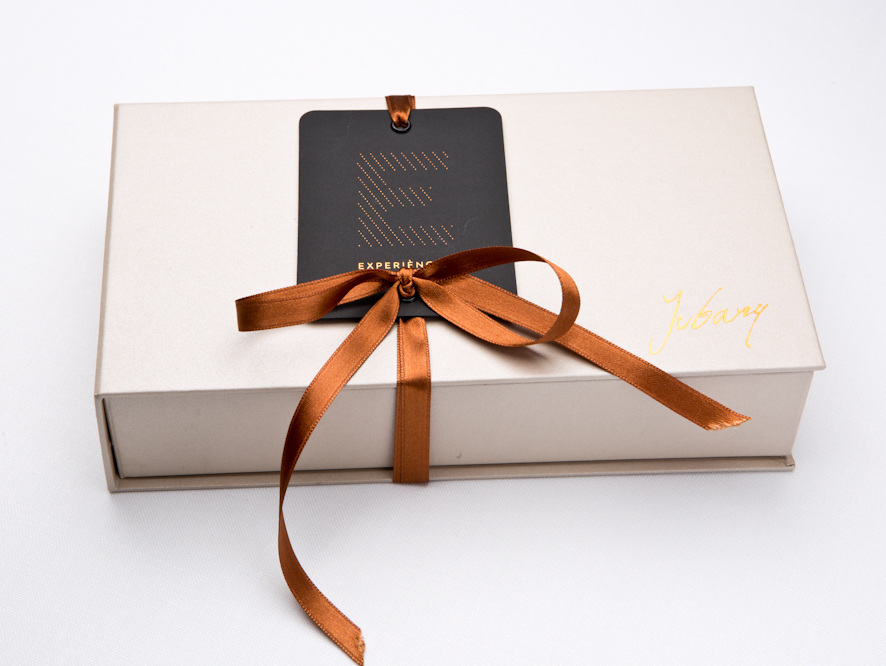 Jubany's Experiences Box at the exhibition “Before and Now. From graphism to graphic design in Osona”

Our box containing a Jubany Experience is one of the items selected for the exhibit that presents the evolution of graphism and graphic arts from 1878 until the 1980's in Osona county.

The Jubany Experiences Box is a piece designed by Anna Defez, product and graphic designer, who has been working on projects of the Jubany group for more than 5 years.

Apart from working on Jubany graphic design, A. Defez designs together with Nandu Jubany some of the most significant pieces and supports that accompany the presentation of Can Jubany's and Jubany Events' dishes.

The challenge of designing Jubany's Experiences Box was to transform the concept of giving a Jubany present. The designer transformed the voucher in an envelope that was delivered to the persons who wanted to give a lunch or dinner at Can Jubany as a gift, into a conceptual pack that presents the experience of discovering Jubany with 4 elements inside :

-Sparklers : to project the fiesta and the special moment of each Jubany experience.
-A glass bottle with aromatic flowers provenient from Can Jubany's garden to symbolise Jubany's philosophy, from the garden to the plate.
-Some clouds that are hand-made in Can Jubany's kitchen to project the world of dreams to where the Jubany experience leads you.
-A cava cap with Jubany's brand : to express the explosion of the senses and the celebration.

From Can Jubany, we are happy that the piece has been selected, for it is a more than deserved recognition to the work of Anna Defez, and for being there in an exhibition of people of our own region. 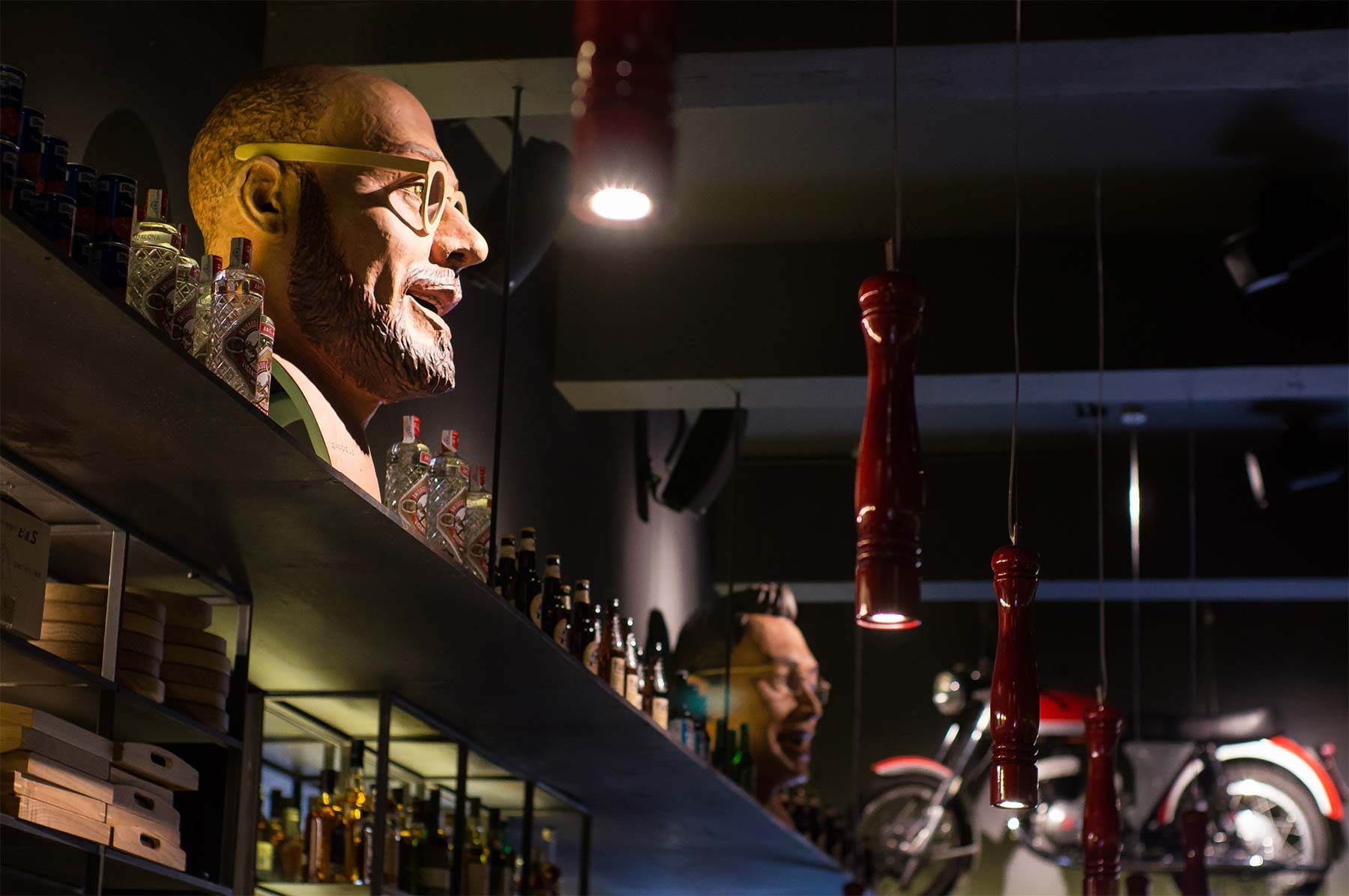 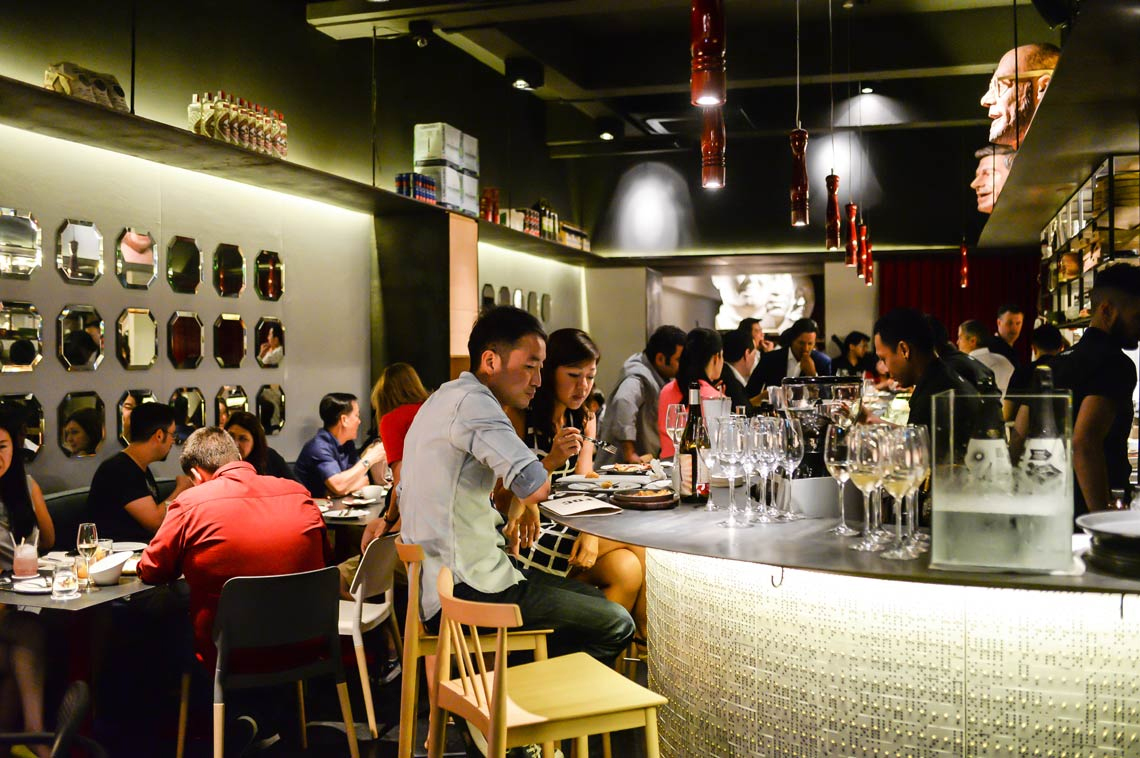 The restaurant Foc of Singapore was one of the winners of the 2016 Wine List Awards, organized by the magazine Wine&Dine and the Sommelier Association of Singapore as a recognition to the restaurants that promote their cellar by a strong wine list.

Getting a prize with these characteristics only one year and a half after opening Foc is "a recognition to the great work of the whole team, led by Jordi Noguera, and we're proud that all their efforts are recognised", says Nandu Jubany, who states "although the best award is always the one we get from the clients, I can only thank all of them for their implication in this project, and I am convinced that much more recognitions are to come".

For the chef, it is a great satisfaction to see "how the Catalan cuisine and culture are being welcome in Singapore", through the gastronomic proposal as well as the ambiance of the premises and the presence in Foc of such typical elements as the "bigheads" ("capgrossos") or "porrons" (traditional glass wine pitcher). In this edition, Foc was rewarded with a bronze prize recognition.

Meeting a set of requirements is necessary to enter Wine&Dine's list, e.g. offering at least 50 wines on the restaurant's list, and being subject to a jury's assessment on criteria like the available wines' variety and styles, pairing with the culinary proposals of the restaurant, presentation, or presence of premium reserve wines amongst others. The winners' list will be published in the Top Restaurant Guide 2016 of the magazine, to be presented before the end of April.